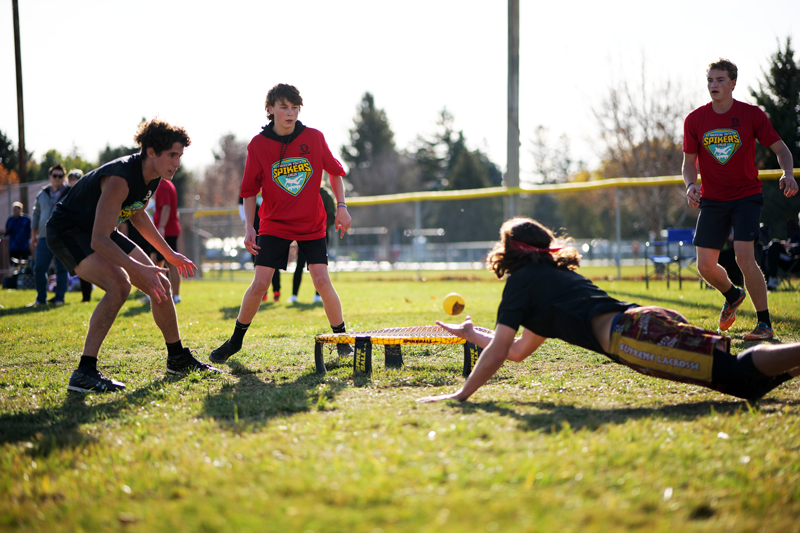 18 and under Youth National Squad Roundnet Tournament. Room for one more team! This last team is an open enrollment team. You will be assigned onto a squad and a coach. Register individually

This is the first ever national youth squad tournament. A chance for the youth in your community to play as a team, and represent their home community against the rest of the nation. Roundnet is quickly becoming mainstream, and youth all over, are choosing this as their primary sport. Don't miss this historic opportunity to participate in this epic event. 14 guaranteed matches and over 42 games per player makes this event an incredible value! Lots of teams are holding fundraisers to help cover travel expenses, and families are going to be able to make a great vacation to the great state of Utah. Here are some additional details to this tournament.


This event is a 2-day super event. Each squad will play in 14 guaranteed matches. Every 3 matches a squad plays, they will be reassigned to a group of 4 squads based on games won and point differential. After the first 12 preliminary matches, each squad will be assigned a final division of 4 squads, where they will each play 2 more games to determine a divisional champion, 2nd place, 3rd place and 4th place. This event is designed specifically to allow all squads of any skill level, to compete for a championship. Each community is encouraged to bring as many squads as they have youth that can play basic to advanced roundnet. This will be a launching event for the growth of your community, and a major stepping stone for these athletes to be future roundnet professionals!

• Anyone in the country can participate. Even if you don't belong to an area with an AYSL league/league director. You just need to register enough players and coaches.

• Each team will need a minimum of 6 players and a max of 8. Each game is 4 rounds. So, with 6 players, nobody subs. Then with 7 players on the team, 4 players sub once, and 3 players won't sub. And with 8 players, every player subs one time.

• You will need 2 coaches who submit a background check. And at least 1 per team if you have more than one team coming.

• Everyone will need to wear a uniform or at least the same shirt. Each uniform will need to include at least a 6x4” patch or print of the AYSL Logo and 2x2” Spikeball logo. Exception may be allowed if you already have a group with matching shirts/uniforms.

(These Final rules do not apply to the open enrollment team being formed) • Players must be within 30 miles of each other and not pass through an assigned territory of a league director.

• A player may not play with someone who is on the other side of an assigned territory.

• If a player wants to play but is in a league territory that doesn’t have enough players, then they will need to recruit enough payers in the territory or within 30 miles of the territory.

• Anyone who is 18 and younger, AND who was in high school at any time during the 2021-2022 school year, can play. A written petition can be made for a 19 year old who just graduated high school and an exception may be granted.

Remember to register your team ASAP. The coach is the only one that needs to register the team. No money needed to do save a spot in the tournament. Easy options for the coach to have each player pay a portion of the fee directly though our registration software. No need to collect money from players. We have group discounted price for hotels furnished by Utah Roundnet. Follow this link:

Currently there are a lot of really affordable Airbnb's in the area that can accommodate 1-2 squads as well. We also have contact information for affordable uniforms as little as $15 a jersey that includes logos, names on the back and numbers. We also have great fundraising ideas to help cover travel and uniforms if you'd like it.

Also as a bonus for all adults and youth players. There is a Utah Roundnet tournament happening immediately after the conclusion of the national tournament. Most of coaches and players who aren't wiped out are planning on participating. 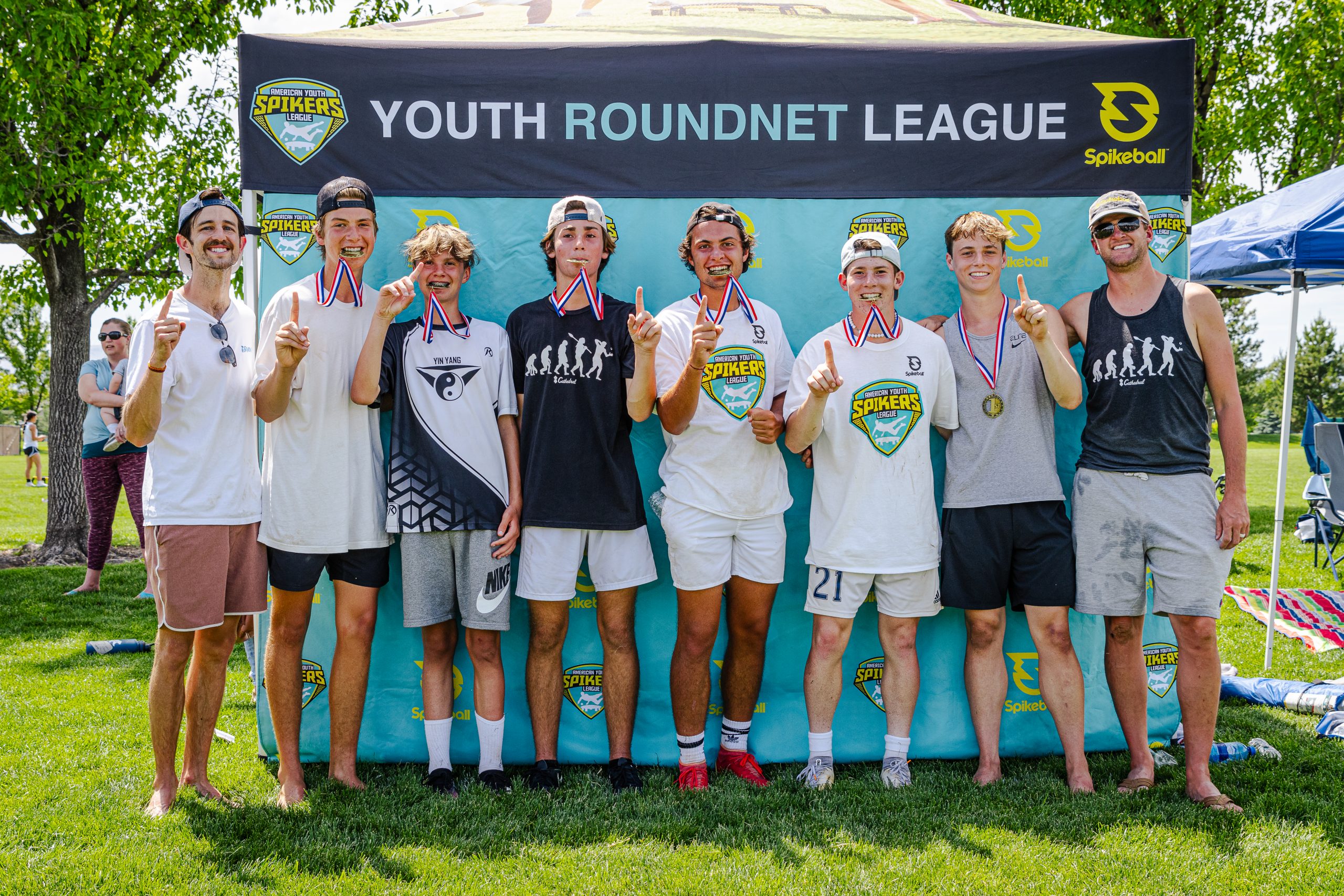 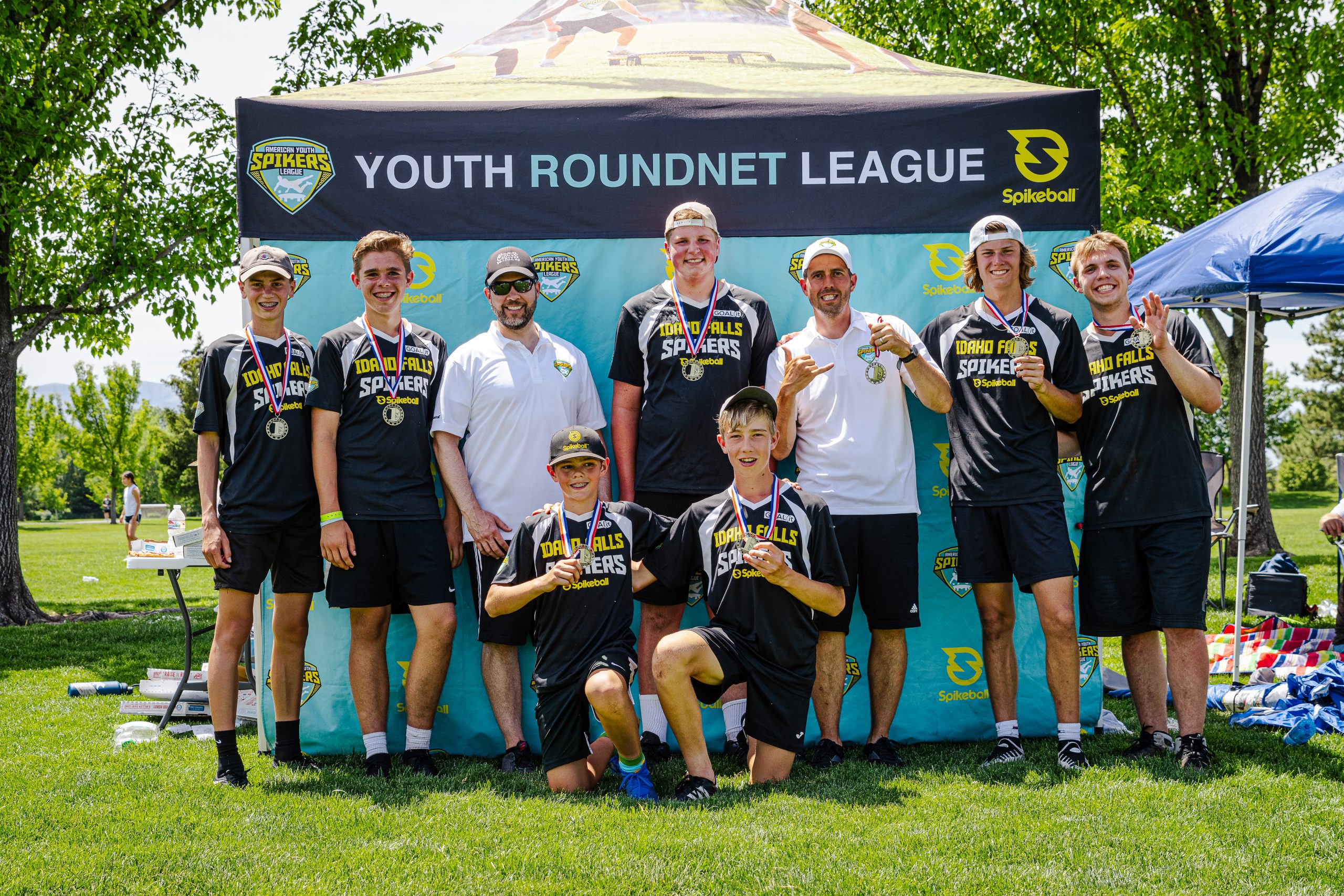 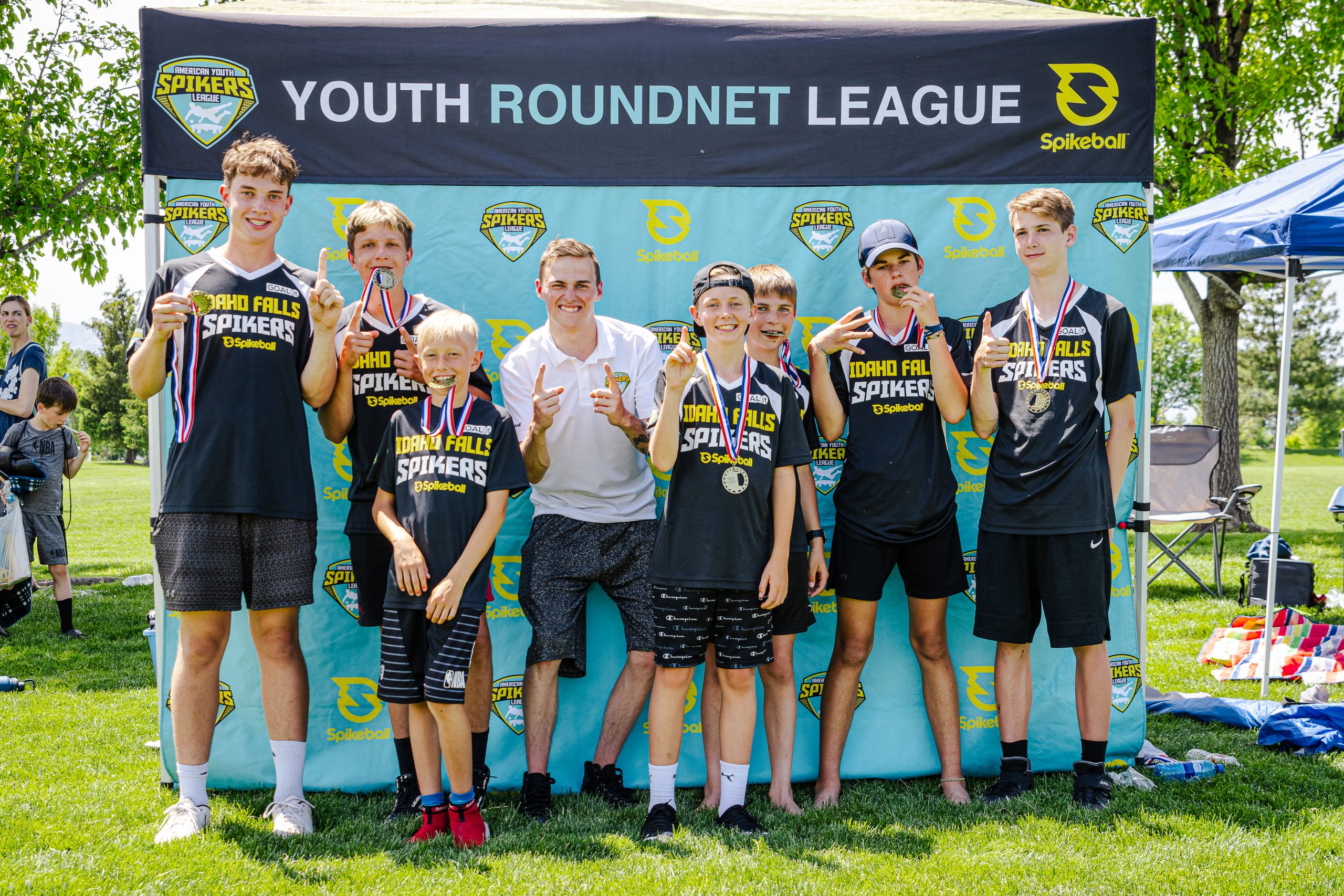 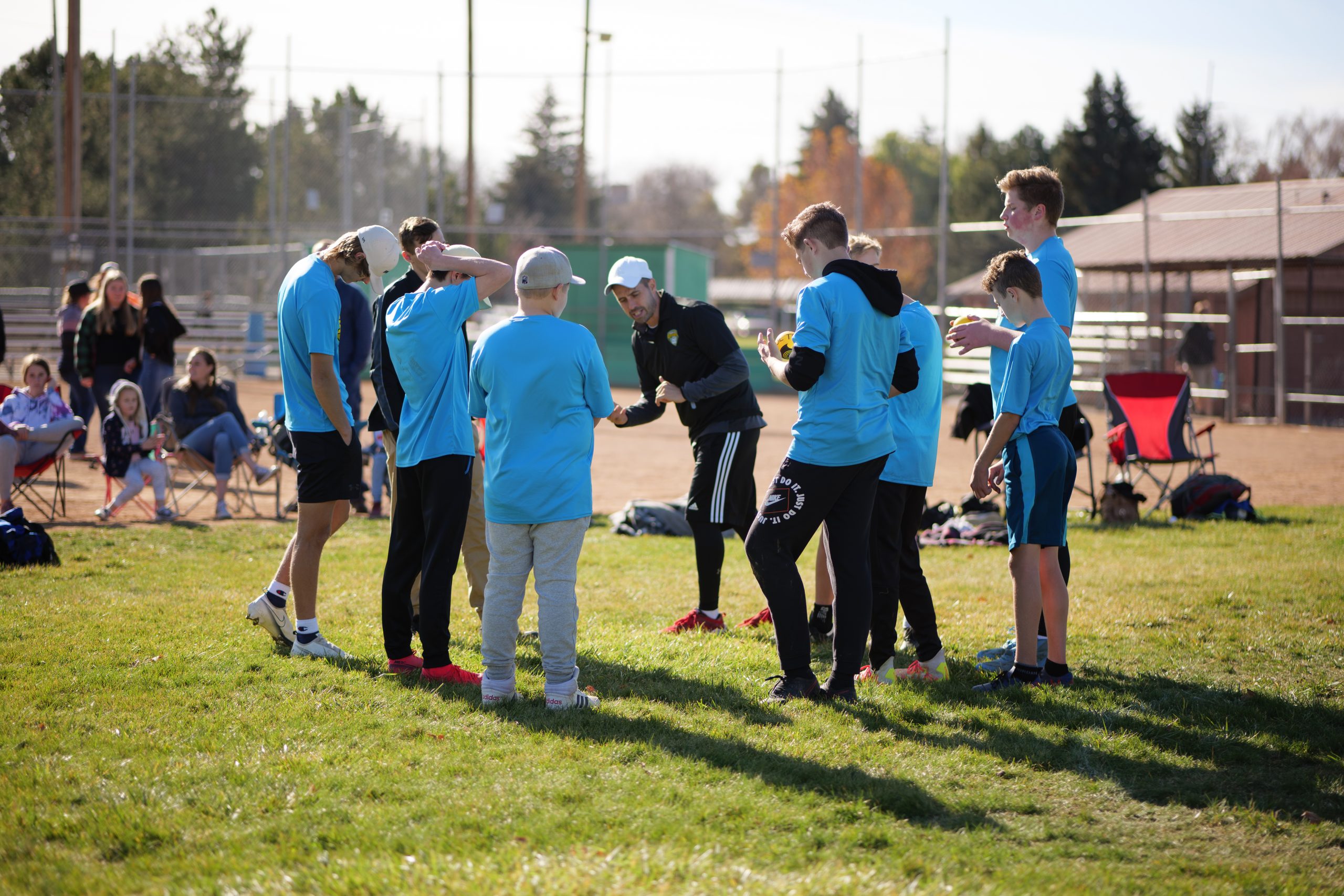 #1- Will this be your program?

Come to the national tournament and represent your community program! It all starts with nationals and grows from there. Where do the kids in your town match up vs the other teams across the country.

Will this be your coach?

Bring a team and make the cut!

Will your players be here?

Go find the best and bring them!

Will this be you?

Will this be your best friend?

The future is bright for this sport!

Who's life can you change? 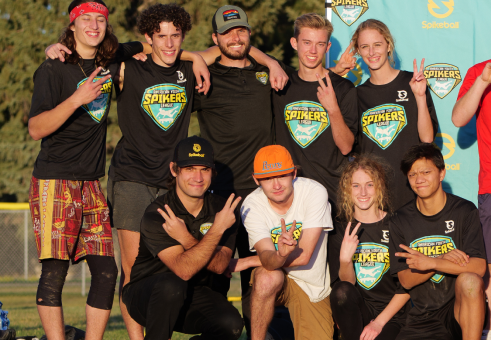 #2 Who will be the 2nd best program! Will this be you?

Come to the national tournament and represent your community program! It all starts with nationals and grows from there. Where do the kids in your town match up vs the other teams across the country.

Will this be your coach?

Bring a team and make the cut!

Will your players be here?

Will this be your best friend?

The future is bright for this sport!

Who's life can you change? 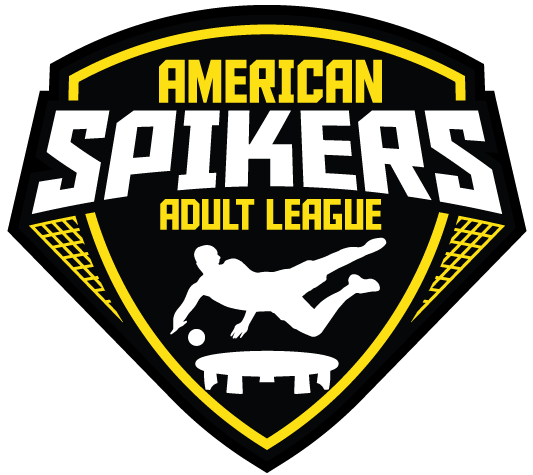 Start recruiting your adults and get ready for the next biggest squad event in the history of Roundnet!

You think watching the next up and coming youth was exciting! Get ready to play as an adult in this exciting format. Communities across the country are running adult squad leagues this summer, fall, and winter. You will love playing with everyone on your team. Get ready to represent your community! Send as many squads as you can and see if your community can bring home the gold and bragging rights among all the programs in the country!

Dates to be announced